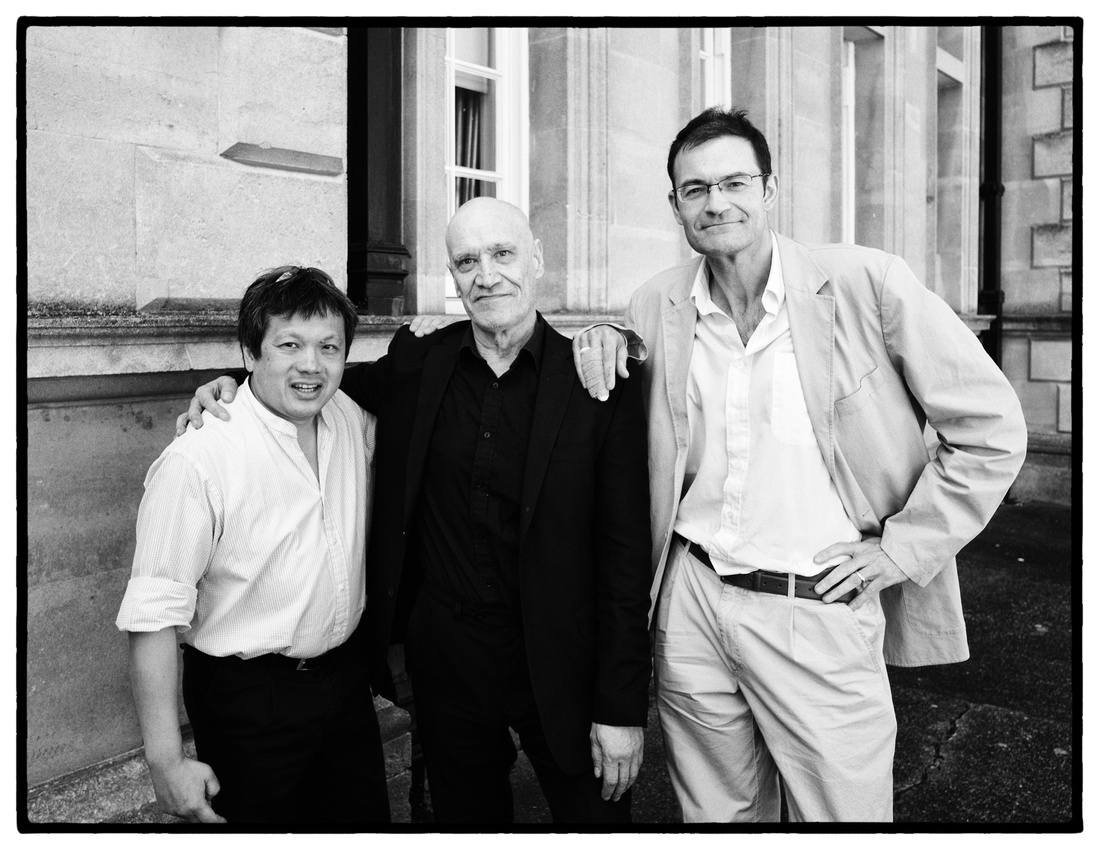 ..said Wilko Johnson at the Cheltenham Science Festival yesterday. Recounting his extraordinary story with Emmanuel Huguet and Charlie Chan, he spoke about the incredible year following his diagnosis of terminal pancreatic cancer. A Farewell Tour, a visit to Japan and a swan song album with the WHO's Roger Daltrey. At a farewell concert in Kyoto, he glanced back at the hordes of japanese fans in tears. His first thought was not of his impending mortality, but how that was an amazing showbiz moment. His stance of ignoring his fatal illness brought him accolades, turning him from a bad boy of rock n'roll into a national treasure.

During that year of 2013, he felt so alive. Commenting on how most people think of their mortality in the indefinite future, he was staring death right in his face. When asked about his spirituality, he confirmed that he was a staunch atheist. As he said appropriately at a Science Festival, the Big Bang occurred 10 billion years ago. Then in 1947, along popped up this insignificant speck in the Cosmos. He laughingly mentioned that, as he had been already dead for 10 billion years before his birth, he knew exactly how death would be in the near future.

Yet now, he was not facing imminent mortality. After the amazing turnaround in fortune and a 10 hour operation by Cambridge surgeon, Emmanuel Huguet, he now found himself alive and still kickin'. Lying in his hospital bed with tubes out of almost every orifice, he found that death had been snatched away from him. After many months away from his guitar, he never thought that he would play on a stage again. But now, his memory of the wonderful year of 2013 is becoming a distant dream. Adjusting to life after imminent death, he feels as if he is parachuting back to life.

Mal(non-registered)
Wilko was my guitar hero since 1975, he still is, in 2012 i had the honour of doing FOH for him in Leeds, i didn't let on who he was to me,,it's just not done, we chatted and chatted after the show, he was the kindest man, i am just so glad that you are ok, never stop Wilko, you are an inspiration in more ways than you know
No comments posted.
Loading...
Subscribe
RSS
Recent Posts
Hi-Fi Review - TRON Antares Headphone Amplifier Cracking Sunday with the Happy Mondays The Who's Secret Weapon launched at The Half Moon... "I'm just parachuting back to life...." 2 Tone Madness Hi- Fi review - TRON Convergence Phono Stage "It feels like the last 12 months haven't happened. It feels just like normal..." If you like your music raw, bleeding raw.... Cloudscapes WHO Hits 50!
Keywords
Music Rock Indie Dr Feelgood Wilko Johnson cancer Hi-Fi Alternative Gloucester Guitarist
Archive
January February March April May June July August September October November December
© Charlie Chan
Powered by ZENFOLIO User Agreement
Cancel
Continue