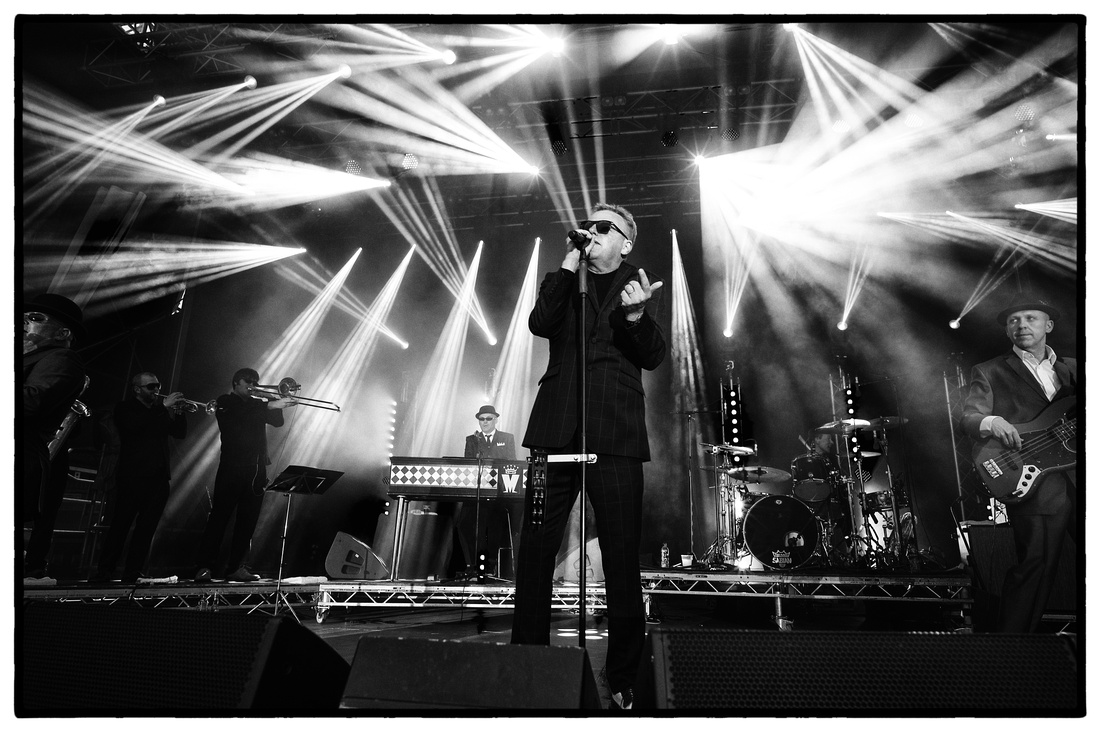 Madness in 2 Tone Black and White - that's how they were in the late 70s and early 80s, when I grew up. One Step Beyond and back to a time when the fans were either skinheads or came in sharp suits, trilby hats and fezzes. There was simmering unrest back then with high unemployment and the impending Miners Strike. Life was different then and so was the music - Punk, New Wave, Disco or the Ska revival were your choices then. No X Factor manufactured drivel. Nearly 40 years on, the Madness boat goes cruising on.

So here were the men from the House of Fun, sadly minus Chas Smash moving his feet to the rock steady beat - six out of the original seven. The Camden Nutty Boys still looking sharp in their immaculate suits, hats and shades, albeit with different hairlines.  Soaking it all up - a party atmosphere with 11,000 people at the home of Gloucester Rugby, dressed in 2 Tone and festooned with cheap hats and fezzes. The merchandisers thought Christmas had come early. 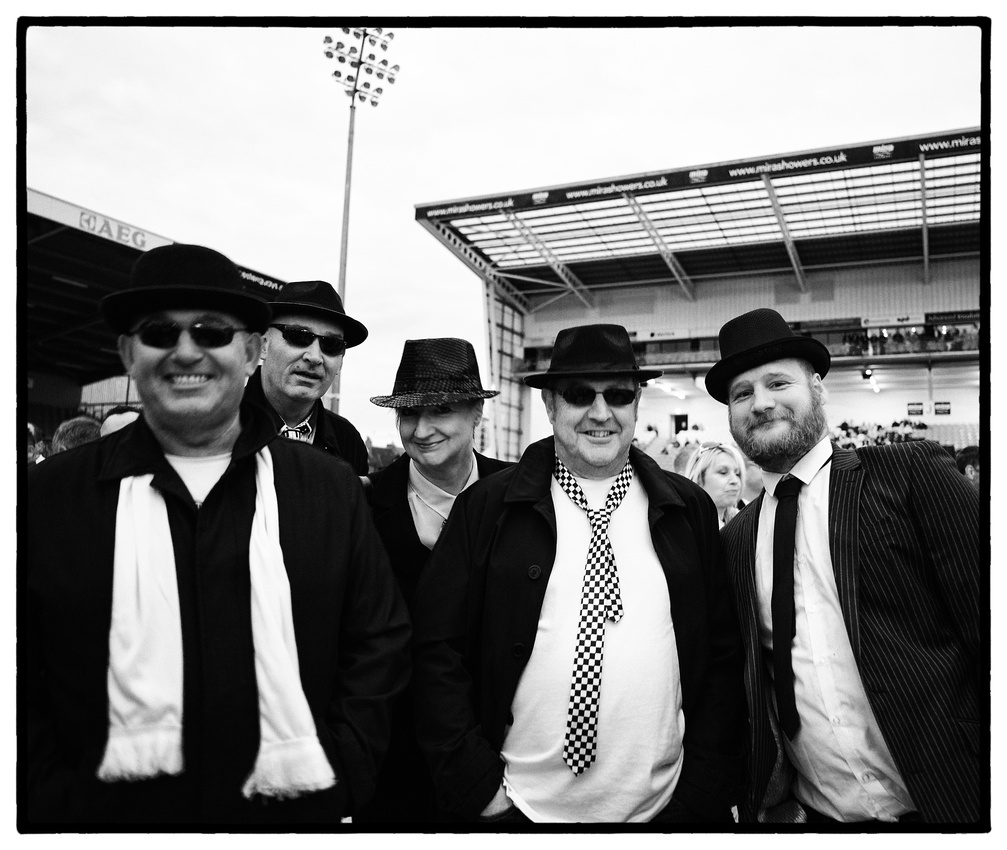 Driven on my Lee Thompson's honking sax, the crowd started skanking all night long, as the band went through songs old and new. All the old favourites were on show from Night Boat to Cairo, Baggy Trousers, Our House & Madness. Suggs, Mike Barson and the boys put on a great show, a true nostalgia trip. Thousands of people with fez hats (also the headwear of the Saracens Rugby fans) dancing on the turf of Gloucester Rugby - ironic perhaps, given Saracen's victory at the Twickenham showpiece final only a few hours earlier.

The summer of 1977 was a scorcher. Suggs joined the band in that year. Hopefully this summer will be heatwave too, so that you can enjoy that infectious beat that is Madness at one of the other 16 gigs on the tour.